Blasta is a producer and dj from St.Petersburg, Russia. Starting producing while he was a teenager now he's a quite popular artist in Russia. Having started from trance music, Vladimir then switched to drum'n'bass and enjoys most success producing and playing it. Together with Dmitry Pavlov (13pm) he was a member of B-Pas Team. He has recently made a hour-long Dubstep mix; it has been praised by Dubstep fans as one of the best mixes of 2009.

The Incredible Adventures Of Kenzolika & Quetzalcoatl Among The Air Castles 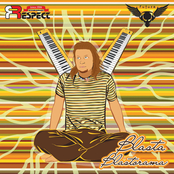