1. Demo is a drum n bass producer, by the label Human Imprint Seattle’s Demo could be called an overnight success, but only if that night lasted eleven years. A founding member of the 360BPM crew, Demo promoted one of the longest-running DnB weeklies and had a huge hand in the inception and growth of Seattle’s Drum and Bass scene. Years of warming up the decks for some of the biggest acts in Drum and Bass and countless hours in the studio proved 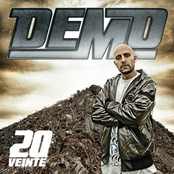