Dub Phizix is the Manchester based Drum and Bass producer George Ovens. Dub Phizix began his obsession with music over 20 years ago when he was just someone who annoyed the neighbours. By 10 years into his career of music construction, Dub Phizix was an accomplished producer having made music in a variety of styles for MTV, BBC, Nokia and 4Music. Forward to today and Dub Phizix has released music on high profile and respected labels such as Exit 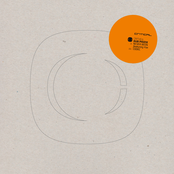