There are Several artists known as 'LSB' 1) The Drum and Bass producer from Essex, England, AKA Luke Beavon. 2) L.S.B. are the infamous duo of BabyG and Pete Herbert. The two met many moons ago in BabyG’s native Barcelona whilst Pete was on a dj mission from London. A meeting of musical minds, the two connected straight away and shortly after formed L.S.B. with a view to world domination and rocking discotheques along the way. In 2004 they released their first record “L. 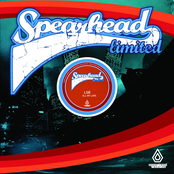 All of My Love