There is more than one artist operating under the name of Mulder: 1) Allen Doe is the man known as Mulder, his nickname for his physical resemblance to The X-Files' Fox Mulder. Based in Bristol, UK, he started as a drum and bass producer for Urban Takeover using an Amiga 1200. In 2002 his output also began to extend to breaks, however his output ceased soon after due to reported illness. In 2007 he resumed production, solely focusing on hardcore breaks and in August 2008, he started a digital label for his own output, Cue Burn Digital. 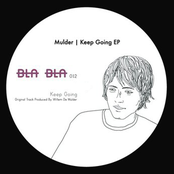