Russell Taylor, better known as Tayla, is a London based DJ / Producer and releases his music on LTJ Bukem's Good Looking Records. At an early age he developed a love for Hip Hop & Detroit House music & cites his Father's passion for the legendary Record Label Motown as a huge influence, saying he owes everything he's about musically to that because it made such an impression on him at a young age. "It was so important to me. Those artists taught me about real, honest music" he says. 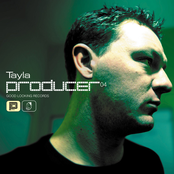