Usual Suspects was a group of three people, Carl Hovland, Lawrence Hughes and Chris Lavin which produced drum and bass music. The Usual Suspects formed in 1998 and started releasing material in 1998 on the label Renegade Hardware. Carl and Keaton(Lawrence Hughes) met while studying Sound Engineering in Kingston, London, while Chris was already a rising DJ and a face on the local scene. Their most successful piece of music was Killa Bees, which sold over 14,000 copies. 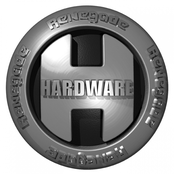